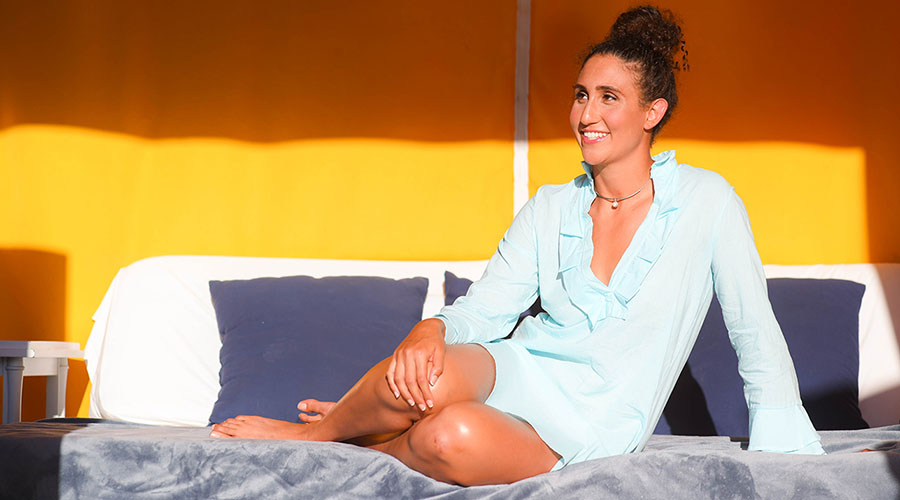 Being a lover of ocean swimming and having one of our best selling styles be the Earth Mermaid Mini, you know I was excited to meet Olympic Swimmer, Andi Murez. Not only has she won 17 medals at the Maccabiah Games, 12 of them being gold, she was the first Israeli woman to qualify for the 2016 Summer Olympics and is also in the Israeli Hall of Fame. 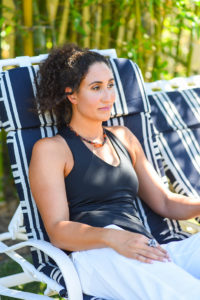 It all started because I’d put the word out that I was looking for somebody to ocean swim with me. A friend had a friend who was a former Olympic swimmer who had also done some modeling. He suggested that we go swim some waves and do a beach shoot afterwards. Unfortunately, that gal wasn’t in Los Angeles and it was too crazy to coordinate schedules but she connected me with a young olympians program. She was sure I’d find a swimming partner as well as a group of amazing women who would love my line.

Fast forward a few months, I get an email from a swimmer who’s from LA but studying medicine at the Tel Aviv University and swimming for Israel. She was happy to swim with me when back in LA. She mentioned that she had never modeled before but was totally down to try. I loved this.

It took a little bit of coordinating but finally Andi and I got on a Skype call. She was awesome! We made a plan to shoot when she got back to LA… and of course, swim. I was equally as excited for both. We already had the shoot lined up with Kiara Belen, another great friend and model who I adore and have worked with for years. Why not add Andi to the mix and make it a Super Model/Olympian shoot? So that’s what we did!

Andi came over and we did a test shoot a few weeks before the actual shoot at Four Seasons in Westlake Village, that went really well. I loved her open attitude and 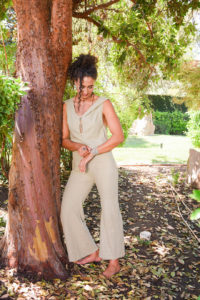 willingness to dive in. She’s been in the public eye for a large part of her life competing, but fashion, make up, camera angles, and adorning her 6’1 athletic frame so everything fits perfectly were all pretty new to her. She did awesome.

I love accomplishment on any level when it’s laced with heart and genuineness… but a current female Olympian really just takes things to a whole new level. It brings me back to the Women’s Study class I took in college where we read Anne Rice’s Chalice and the Blade, and learned how women were pivotal icons when the Olympics started. In the beginning, the games were known as Olympia… and these women were warriors, leaders and highly revered stoic icons.  Andi’s strong physique and knowing the focus and tenacity that goes into her training, and to see her have so many wins really inspires and makes me appreciate the reverence.

Our Four Seasons shoot was amazing and Andi was a champ, no pun intended 😉 Now it was time for us to get our first swim in before she was off to compete in Glasgow. 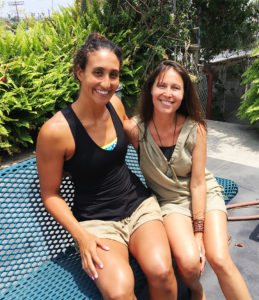 The plan was to meet at her place in Venice Beach where she grew up. We were going to swim in Santa Monica, but it was cold out that day, so when I got to her place she suggested we swim at her pool instead. I come to find out that over the years her super groovy dad had constructed a home/swim/event compound in the heart of Venice. It even has a training pool on the second deck!

My swim lesson with Andi was off the charts.  Just being in the pool with her made me a better swimmer, that is after I stopped falling in!

Thank you Andi Murez for being such an amazing light and inspiration! We are proud to be a part of your journey!

See you in the water!