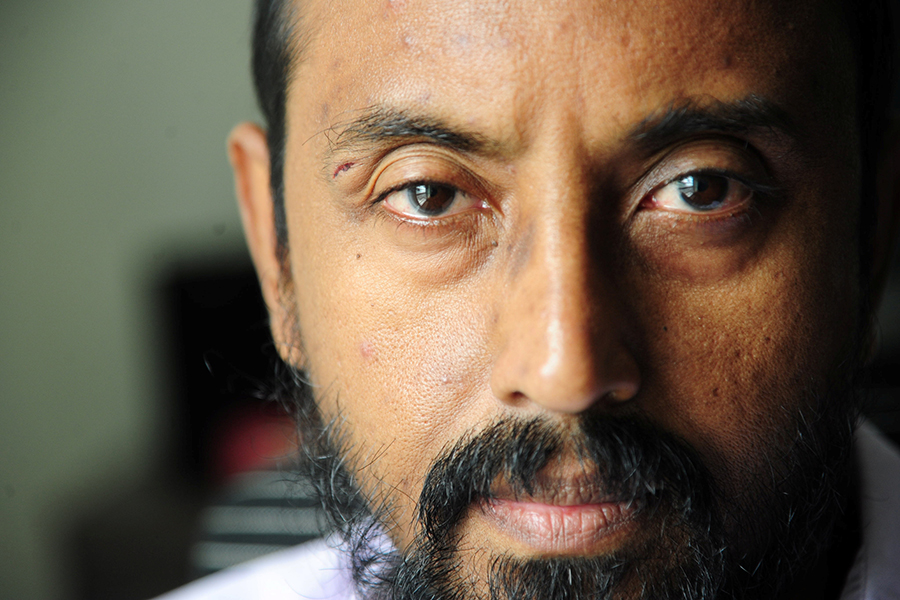 We have many Indians that represent India to America, but I’ve never quite seen an American, who represents India to India.  From her name, to her mannerisms to the home she has made for herself, she is Indian.  The trouble is, she is, but, American!  Her name is Sita Thompson and if you ask any
of her friends in Mumbai, they’ll tell you that she’s not American, but Indian. 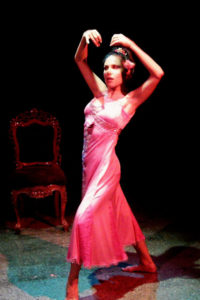 “It’s not the way she looks, its her essence, her Indian sensitivity”.  Alyque Padamsee quotes her as having “an Indian heart and American efficiency” How does an American become an icon of Indian culture?  To say that Sita just acquired her Indian essence by taking a few yoga classes would be to miss the point entirely. As a matter of fact, she was born into a very eastern environment. Her mother’s proximity to the East started when she read Krishna Murthi’s AT THE FEET OF THE MASTER and Baba Ram Das’s BE HERE NOW, and DANCING WITH SIVA.

By the time Sita was born, her mother was already a devotee of Yogi Bhajan. Later, she got involved with, Yoganondas’s Self Realization Fellowship Center. Ram Das named her Sita, and her sister, Shanti.  Sita’s first years of schooling were at the Three Candles Montessori pre-school, and her junior high school, Educational Dynamic Incorporated (EDI), was an eastern philosophy – based private school.

At EDI, meditation, yoga, guided discussions and workshops on energy and self-awareness were the cornerstones of education. The EDI program taught spiritual awareness and academics simultaneously.  Dr. Richard Busby successfully ran this institution for 15 years till he passed away in 1994.

Sita’s father is Mexican/American Indian and an organic farmer.  She says that between her mother’s devotion to the East and her father’s faith in the American Indian rituals , “I grew up with God-consciousness, and that’s the base of my heart and the reason why I’m so content in India. I feel at home here.”

The American – Indian ceremonies are very similar to meditation, though the rituals are different. Although her father didn’t have a guru, he was very advanced practitioner of yoga. “He taught me how to grow through breath in the most difficult asanas,” says Sita.

Some of those asanas must have come in good stead during Sita’s stay in India especially Mumbai. Mumbai is perhaps the most westernized city in India in terms of enterprise, glitz and pace.  It’s also full of make believe, the capital of Maya—Illusion.  It’s perhaps proper that Sita, one of the most easternized westerners to have come to these shores, has chosen to weigh anchor in this city.  It is a city peculiarly suited to yogic tastes. There is much success to be had here, in terms of fame and wealth.

Sita, who has completed her first Hindi movie and is contracted to do a couple of mega TV serials , knows more than most people the potential of this city.  But as she keeps telling her friends, you need perseverance and patience to make it big here.  For an American the first is almost a natural instinct.  The second though, in keeping with that country’s disposable culture, is a rare virtue.  Patience on the other hand is a flourishing Indian plant.  Sita has both qualities in ample measure. 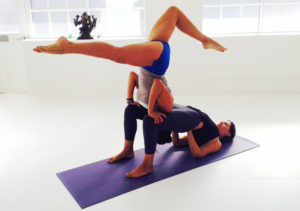 Her yogic training, especially Shavasan (where you lie still like a corpse completely relaxed) must be of help.  Stillness is a form of patience, and Sita has it plenty. But unlike America, whose culture fundamentally is organized, everything in India is chaos.  If you are not careful your body itself tends to dissolve into anarchic corpulence.  To fight the chaos, you need the support of family and friends.  Sita, thanks primarily to herself, has been lucky in getting it in her host country.  Her huge reserves of energy and exuberance lend her a magnetic charm.

“I find it easy to make friends here. Their affection and cheerleading have helped me a lot to tide through my private hell shere.  That’s quality, a whole reward in itself.”  Many Indians take such support for granted.  It’s possible that quite a few of us do not.  National Overseas Citizens Award realize the worth of such values.  But it’s such values that distinguish a civilization.  These are its patents.  But sometimes it takes a foreigner, like Sita, to represent the richness of India to us.  She is the ornate mirror in which we see ourselves.    It was her name, the elegance with which she carried herself in a saree, her ‘eastern thinking’, and the way she took back a little of India, every time she went home to the USA, which won Sita Thompson the National Citizen Overseas Award this year.

The awards committee, which is always on the lookout for individuals who help promote Indo – American relations, stated that “she’s an American by birth but an Indian at heart,” says a delighted Sita. What’s her topmost priority for the present?

“I am in the lookout for a teacher in the Vedas. The Vedas and Hindi. Two things I must learn to master my Indian experiences,” she says.  Clearly, this tall and beautiful American feels at home in India.  But it’s been a long journey from an unlikely starting point… the west coast of the USA.  Sita, so named because her American mother and Mexican American father were influenced by the eastern philosophies way back in the 70s, grew up in a huge family bent towards the eastern culture.  As a young girl she devoted a lot of time to modern dance (a type of ballet), but politics took over in college, and she graduated in International Relations from Long Beach University.

“But the possibility of arguing away the rest of my life in the government disenchanted me,” she says.  And in the last year of studies, Sita turned her full attention to sports and fitness.  This leap into a new arena toned her body into a shape which was soon in great demand for endorsing fitness equipment, bikinis, covers of health magazines, TV commercials and bit roles in films!

“I did this for a few years, but a part of me wasn’t fulfilled. There was more to me than being a hot babe!” she says.  Sita first visited India two years ago primarily to get over a broken love affair, and on the insistence of filmmaker Jagmohan Mundra, a close friend, stayed back.

“I realised how much of India was there in me, without even being here.” It was on her second visit last year that she made a base for herself in Mumbai.  Roles in Hindi films opened new avenues for her and Sita found herself playing a central part in a Hindi/English film, Valentine’s Day, and is currently working in singer-turned-producer, Suresh Wadekar’s Tanman.com in which she plays Kabir Bedi’s American wife. Ironically, she’s being marketed here as Jeena Marie, her character’s name in Valentine’s Day, as producers feel that Sita is too Indian a name for her! Till now Sita has worked in films where she has had to speak English only.  And though the American accent will remain, she’s trying to overcome the language barrier.

“The first time I saw Monsoon Wedding I couldn’t understand one bit. The second time I could get the hang of everything.” Fitting into an altogether different environment is not easy, but Sita seems to be doing well in her cosy Juhu apartment.  Spicy dal with garlic is a must every day, and rava idlis a dream meal!  She’s also made a lot of friends here. Though she’s undecided about her future plans, today India is home away from home.

“I’m still the California girl, but I don’t feel like a foreigner here,” she drawls.